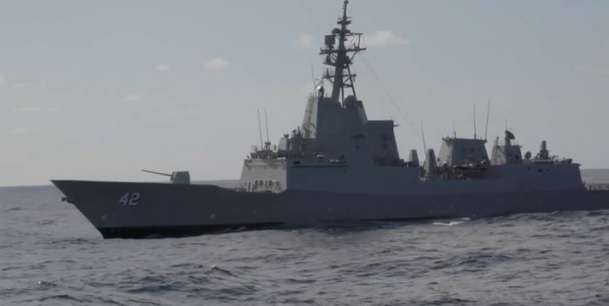 A trio of new, state-of-the-art Australian warships are conducting naval exercises off the country’s east coast, showcasing their stunning capabilities.
HMAS Hobart, Brisbane and Sydney are part of the $ 183 billion modernization of Australia’s naval forces. The three ships have the best rocket battery system in the world, and few other countries have been granted access to advanced American equipment.

Ships can defend against any threat, from an approaching missile to an attacking ship or aircraft. The Gatling’s airborne anti-aircraft guns are electrically powered and have an extremely high rate of fire as additional protection.