Bitcoin has experienced the biggest drop in mining difficulty since 2011 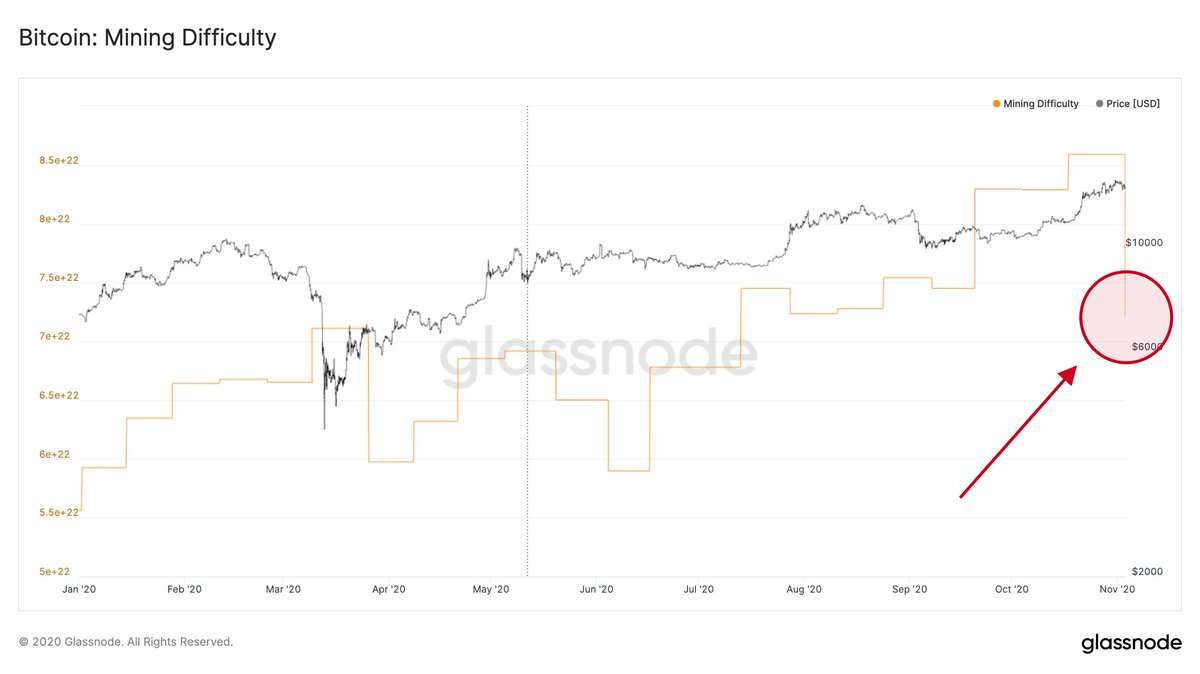 Bitcoin (BTC) underwent its biggest negative difficulty adjustment in nearly 10 years on November 3 as the network takes care of itself impeccably.

Data from the monitoring resource BTC.com shows that the difficulty of bitcoins automatically adjusted by 16% on Tuesday.

Complexity fades away the most in nine years

Estimates previously suggested a correction of around 13%, but this was the second-highest in Bitcoin history. In 2011 alone, the difference was greater – 18%, which was also at the end of October.

Difficulty adjustment occurs automatically every 2016 blocks and allows Bitcoin to remain “hard” money regardless of any external factors affecting miners.

However, at press time, the next adjustment is estimated to be another -16%, indicating that the effects of Tuesday’s events are not yet felt.

For users, a downward adjustment will reduce fees and block time, as well as reduce the size of unregistered transactions in the Bitcoin mempool. Earn.com estimates that the optimal Bitcoin transaction fee remains high at 80,000 satoshis ($ 11).

BTC price unaffected. Commentators seemed to be only slightly worried, instead praising Satoshi Nakamoto’s design for network protection and the integrity of funds.

“There is no aspect of #Bitcoin more beautiful than difficulty adjustment. Just imagine the great design of the mechanism,”summed up Travis Kling, founder of Ikigai Asset Management.

The hash rate lets you know how much computing power is allocated to validate Bitcoin transactions. A week ago, this figure was at a record high, but in the second half of October fell by about 25%.