Bitcoin surpasses $ 33,000, the highest ever recorded 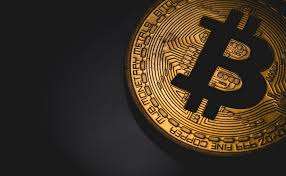 New York (CNN Business) Bitcoin has been flirting with the $ 30,000 mark for several weeks now and finally broke that record high on Saturday. Virtual currency is now valued at over $ 33,000, a record high.

Bitcoin (XBT) tripled in value throughout 2020, rising steadily even as the stock market plummeted in the early days of the pandemic. Investors were attracted to it, as to other cryptocurrencies, as the US dollar weakened. With the Federal Reserve expected to keep interest rates close to zero for a few more years, Bitcoin may continue to attract new fans.
Famous names make Bitcoin even more attractive. Rick Reeder, chief investment officer at BlackRock (BLK) fixed income, said digital currency could replace gold. Payment giant PayPal (PYPL) has already adopted Bitcoin, showing a reluctance to do so.
This is not the first jump in bitcoin prices. In 2017, it showed good growth and reached the then all-time high of over $ 20,000. But by early 2019, its price had dropped to just over $ 3,000 as China continued to haunt the cryptocurrency business. Then, in May 2019, it grew to $ 8,000. It exceeded $ 20,000 in December, rising sharply in the last month.

Bitcoin experts remain optimistic about the currency. “When an asset rallies in value so quickly over a long period of time, I become wary and urge everyone who trades BTC not to get euphoric,” said Nicholas Pelekanos, head of trading at cryptocurrency firm NEM, who nonetheless , predicts that Bitcoin could rise to $ 50,000 by Valentine’s Day. “I believe we are only at the beginning of what will be a huge bull market.”
⦁ However, despite the fact that Bitcoin is becoming mainstream, this currency is still widely used by scammers, which gives it negative attention. Last July, hackers hijacked the Twitter accounts of Elon Musk, Bill Gates, and Barack Obama in a clear attempt to make money by extorting bitcoin from people. Due to the decentralized and nearly anonymous nature of the currency, it can be difficult to recover money after being lost through fraud, as there is no central authority like a bank to intervene. Decentralization has made cryptocurrency a favorite of scammers, even though it attracts both technologists and investors.