Earthquake in Turkey: the search work continues for third day as the death toll rises 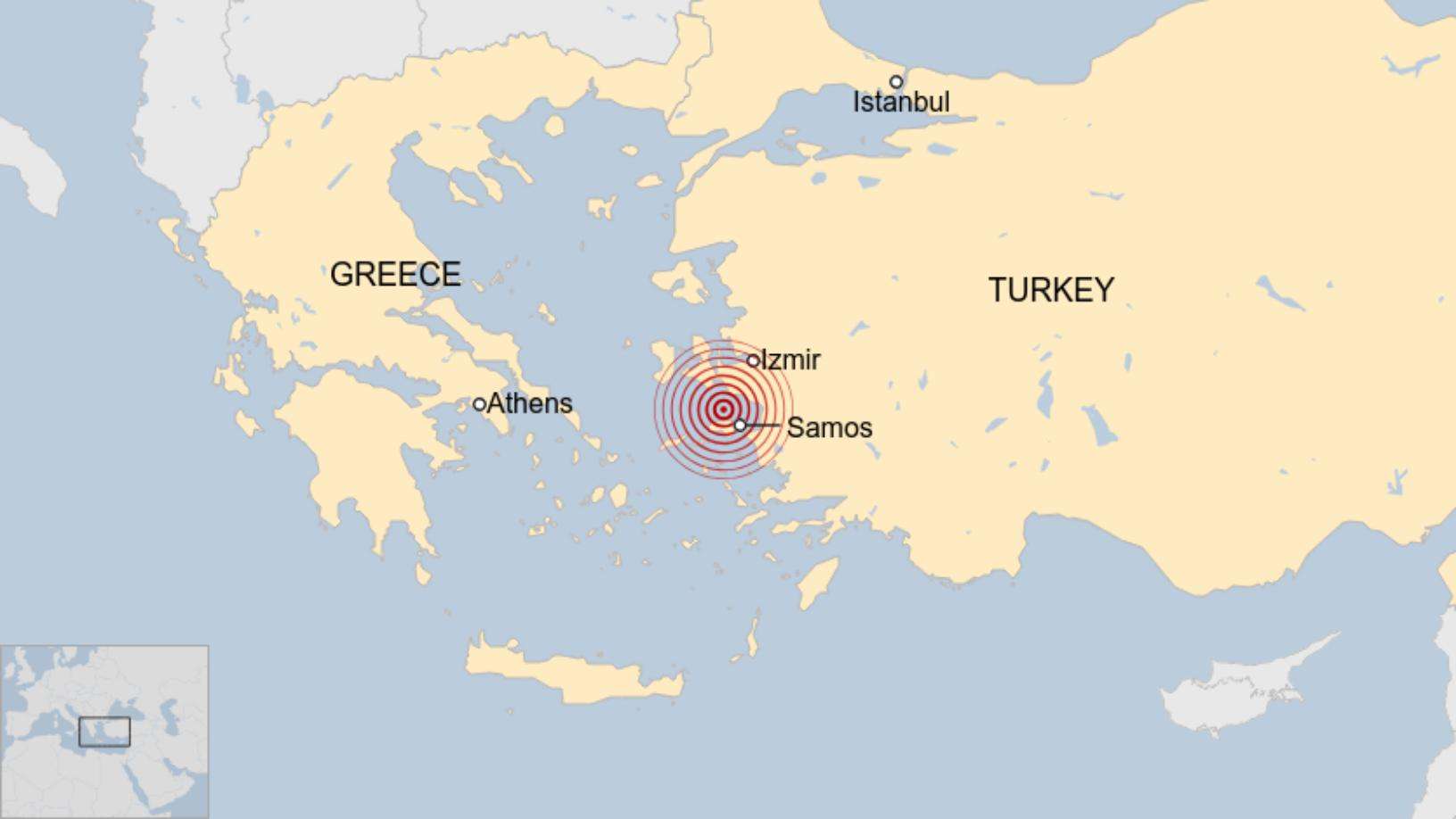 Rescue teams in the Turkish port city of Izmir continue to search for survivors after Friday’s massive earthquake, as officials say the death toll has risen to at least 64.

Sixty-two deaths have been confirmed in Turkey and two teenagers have died on the Greek island of Samos.

Dozens of people remain missing after the earthquake.

A 70-year-old man was dragged from the rubble of a building in Izmir after being trapped for about 33 hours.

The United States Geological Survey (USGS) said there was a 7.0 magnitude earthquake on Friday, but Turkey rated it 6.6 points lower.

Small tremors triggered tidal waves that hit coastal areas and islands in both Turkey and Greece.

What are the last ones?

Rescue teams searched the rubble of destroyed buildings in western Turkey for the third day Sunday, hoping to find survivors.

A 70-year-old man named Ahmet Sitim was pulled from the rubble of a destroyed residential building in Izmir in early Sunday morning and taken to hospital.

Turkish Health Minister Fahrettin Koja visited Mr. Sitim at the hospital and said that he was doing well.

Later on Sunday, the country’s Emergency and Disaster Management (AFAD) presidency announced a new death toll of 62, all in Izmir.

More than 900 people are reported to have been injured, although most of them have already been discharged from hospitals.

Eight people are reported to be in the intensive care unit.

Food was distributed among the survivors and thousands of tents were set up for those who could not return to their homes.

“It’s not the earthquake that’s killing the buildings,” he told reporters.

Turkish President Redzep Tayyip Erdogan said his government “intends to heal the wounds of our brothers and sisters in Izmir before the cold and rain begins.”

What happened on Friday?

According to the US Geological Survey, the earthquake hit 14 km (nine miles) from the Greek city of Karlovassi on the island of Samos at 13:51 local time (11:51 GMT).

It says the quake, which was felt even in Athens and Istanbul, hit 21 kilometers (13 miles), although Turkish officials said it was 16 kilometers underground.

The greatest damage occurred in Izmir, off the coast of the Aegean Sea of ​​Turkey, where tremors caused many people to run out into the streets in fear and panic.

“It was a really strong shaker that was almost enough to knock you off your feet. Running out of the house with my kids was like a drunken hesitation,”Chris Bedford, a retired British teacher who lives in Urla, west of Izmir, told the BBC. …

There have been reports of flooding in Izmir following rising sea levels, with one person killed after their wheelchair was knocked over and overturned by rising water.

Izmir is Turkey’s the third largest city with a population of nearly three million.

Both Turkey and Greece are located on fault lines and earthquakes are common.

Two teenagers were killed in the collapse of the wall on Samos. On the island, where about 45 thousand people live, eight people were injured.

A mini tsunami flooded the port of Samos and several buildings were damaged. Greek officials estimate the strength of the tremors at 6.7.

Fareid Atta, another Samos-based journalist, told the BBC that the damage was “quite significant along the waterfront” of the island’s main town.

“Many businesses will go bankrupt after that,” he said.

“Whatever our differences may be, now our people need to unite,” Mr. Mitsotakis tweeted.

Later, Erdogan responded on Twitter: “Turkey is also always ready to help Greece heal its wounds. The fact that two neighbors show solidarity in difficult times is more valuable than much in life. “

Relations between Greece and Turkey have been particularly strained in recent months over a dispute over control of territorial waters in the Mediterranean and the resources below them.