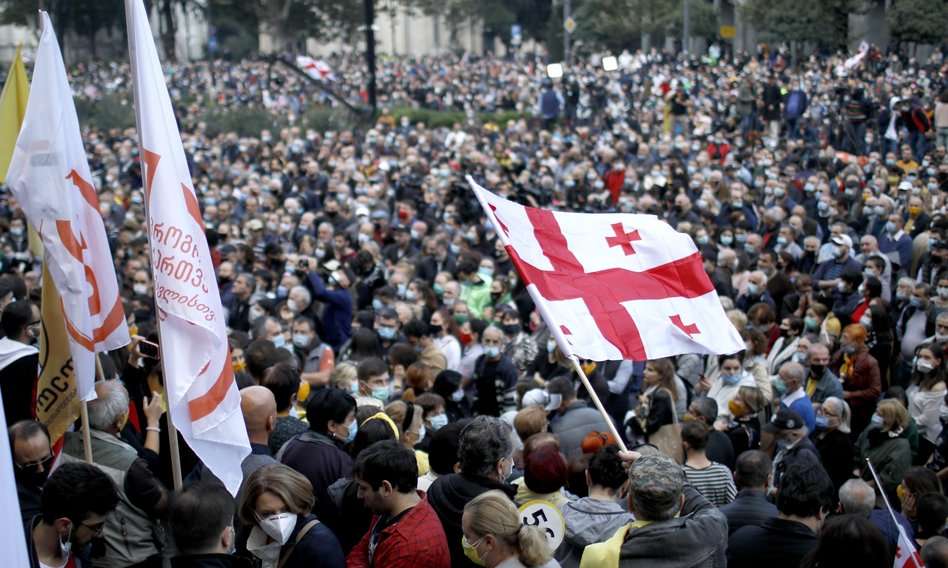 The “Georgian Dream” Party (GM) received 48.1 percent of the vote, support in Saturday’s parliamentary elections after the vote count was over 99 percent, election commissions, the Central Election Commission of Georgia said on Sunday. The opposition does not recognize the elections and calls for protests.

The largest opposition alliance, Strength in Unity, led by the United National Movement, affiliated with ex-President Mikhail Saakashvili, won 27.1 percent of the vote. OK. 1 percent the electoral threshold was exceeded by several other opposition parties.

Representatives of GM, which has ruled Georgia for eight years, said that as a result, the party will receive enough seats in the 150-seat parliament to form a new government.

The opposition believes that the elections were rigged and does not recognize their results. On Sunday, thousands of supporters of opposition groups calling for new elections gathered in the capital, Tbilisi (PAP).