Hackers attacked the German media concern Funke Mediengruppe. The company’s newspapers came out in a reduced volume. The police are looking for those responsible. 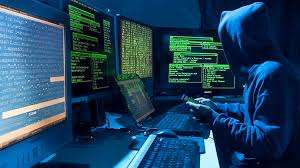 A ransomware cyberattack that began on Tuesday infected computer systems in newsrooms and print shops.

At the company’s headquarters in Essen, the police launched an investigation into the hacker attack. According to MDR THÜRINGEN, the alleged criminals encrypted the data on the media group’s computers using special software, rendering it unusable. Now, they probably demand a ransom from the publisher.

The company publishes in Germany such daily newspapers as Berliner Morgenpost, Hamburger Abenblatt, Westfalenpost and Westdeutsche Allgemeine Zeitung. He has over 3 million readers.

This is another hacker attack on a major media group in recent weeks. In November, cybercriminals paralyzed the work of the Danish news agency Ritzau for several days.