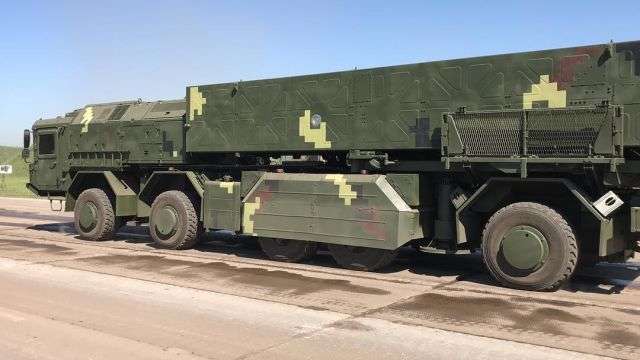 Dneprovskoe KB “Yuzhnoye”, Pavlograd Chemical Plant (PChZ) and several dozen other enterprises (about 50 in total) participated in the development of OTRK “Grom-2”, and the funding was from Saudi Arabia.

Active work on the project began in 2006, and in 2013, at the initiative of the then government, it was suspended at the initiative of Pavel Lebedev (the Minister of Defense of Ukraine under the rule of Yanukovych, who after the war between Ukraine and Russia received Russian citizenship).

The high-precision operational-tactical missile system (OTRK) “Thunder” can reach a range of up to 280 km in the export version. And the potential in variants for Ukraine – the range can be 500 km.

To complete the development from the words of Alexander Mironyuk, the OTRK Grom-2 Sapsan project needs $ 300 million. The Ministry of Defense of Ukraine is now studying this project and the possibility of allocating the necessary amount for the revision of the project. The deputy minister believes that with an optimistic course of affairs, the appearance of a model or prototype of the complex can be talked about by 2022.