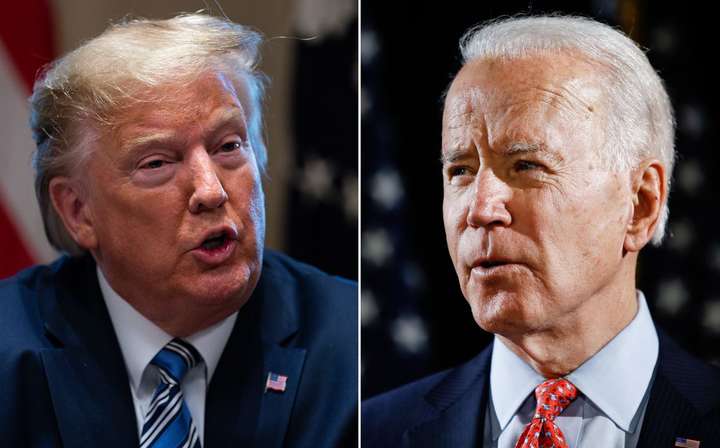 On Sunday morning, Trump rallied his supporters in Michigan ahead of four other rallies in key states: Iowa, North Carolina, Georgia and Florida. He spoke in Washington, Michigan for just over an hour, slapped former Vice President Joe Biden for his support for the North American Free Trade Agreement, and said his administration is returning manufacturing jobs to the United States.

“Even if for some reason we didn’t have Arizona, we could choose Nevada, the place our simulations show we’re going to win on Tuesday, and Michigan, and that would put President Trump in first place. Miller said. “We have several paths.”

“We think that President Trump will keep all the states of the Sun Belt that he won in the past,” he said. “Looking at the upper Midwest, Joe Biden has to stop President Trump in four of the four states: Pennsylvania, Michigan, Wisconsin, and Minnesota. If President Trump wins at least one of the three out of four he won last time, he will be re-elected President. “

Miller said the Democrats will try to “steal” the election.

“No matter what nonsense they’re trying to do, we will still have enough electoral votes to re-elect President Trump,” he said. “The fact that Joe Biden had to return to Minnesota, a state that Republicans have not won since 1972, just the other day, shows how worried they are about the change of state.”

Biden’s senior campaign advisor Anita Dunn challenged Miller’s predictions in This Week, pointing out that Democrats have become more competitive in states that fell to Trump in 2016, such as Georgia and Texas.

“Our map expanded as we got closer to Election Day,” Dunn said. Trump campaign, obviously they will say they feel good. … But if you look at the tremendous enthusiasm we have seen in record numbers of early voting, people are going to vote, and on Election Day we learn that record numbers of people probably applied to vote in this election because they want change. ”

She added that Biden’s campaign “takes nothing for granted” in states such as Nevada.