Serious accident during giant slalom. 31-year-old rider Tommy Ford is in the hospital 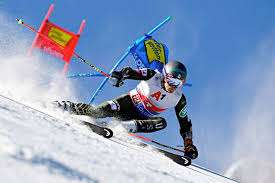 American Tommy Ford had a serious accident during Saturday’s giant slalom race at the Alpine Ski World Cup in Adelboden, Switzerland. The 31-year-old athlete was taken by helicopter to the hospital.

The incident is reported by sports channels, incl. EuroSport TVN24, which announces the competition. As we can see in the recordings posted by the station, Tommy Ford descends in slalom, and at the very finish he loses control of the skis and falls to the very bottom. At the very end, the 31-year-old football player also falls into the group of players who have not managed to escape from the route.

The unconscious participant received medical attention on the spot, later a medical helicopter appeared and took him to the hospital. It is unknown what condition the American is in.

The sports channel reminds that this is the second giant slalom to be held this weekend in Adelboden. Alexis Pinturo won on Friday. As we read, there was also an accident during Friday’s competition – and it was almost in the same place as on Saturday. Lucas Braaten then fell, severely injuring his knee ligaments. He will have an operation, he will no longer appear on the tracks this season.