Seven conflicts that rocked 2020 in the shadow of the coronavirus 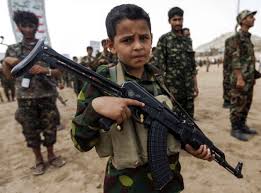 In 2020, wars and conflicts raged, and headlines of front lines were obscured by the deadly coronavirus pandemic. Across Africa and the Middle East, the violence has left thousands dead and countless others displaced.
From Central Asia to America, there have been cartel wars, coups, border disputes and skirmishes, some of which have involved some of the world’s largest military spending. We take a look at seven notable conflict zones and hot spots in 2020.

Sino-Indian clashes. After months of bloody fighting along its Himalayan border, China seized about 300sq / km of land from India in the disputed area.
Tensions between the two powers escalated during the northern summer over fears of a protracted military conflict.

The high-altitude confrontation between the Asian giants began in May with a fierce fight and turned into hand-to-hand combat with clubs, stones and fists on June 15, resulting in the deaths of 20 Indian soldiers. The territory has long been contested, resulting in numerous minor conflicts and diplomatic disputes since the bloody war between the countries in 1962.

Afghanistan, the United States and the Taliban. There is a generation of our children who lived their entire lives while American troops fought in Afghanistan. In one of his most recent acts, President Donald Trump has called for the withdrawal of just over half of the 4,500 American soldiers stationed in Afghanistan. The November announcement is part of a ceasefire agreement with the Taliban. Some fear that the withdrawal of troops could harm the Afghan National Army and spark a Taliban resurgence.

Protesters have been killed, shot and beaten in the streets of Nigeria as the #EndSARS hashtag went viral. The movement began as an uprising against the hated Special Anti-Robbery Squad (SARS) in Nigeria. But the protests then became a call for better governance in Nigeria. Supermodel Naomi Campbell helped bring Western attention to the case by posting videos of the violence on her social media. Dozens of protesters were killed in mass demonstrations, and the government was accused of covering up the bloodshed. Amnesty International claims SARS has been responsible for many cases of torture and killings. The Nigerian government announced the dissolution of the unit.

The Yemeni War. The Yemenis have paid a terrible price in the struggle between regional adversaries Saudi Arabia and Iran. According to the UN, which began in 2015, the war in Yemen killed 233,000 people, many of whom died from indirect causes, including lack of food and medical services. In 2020, violence intensified and hardships were exacerbated by heavy rains, the fuel crisis, COVID-19 and the Desert Locust outbreak.

A coalition led by Saudi Arabia, which includes the United Arab Emirates, is accused of war crimes. The kingdom believed that Iran was trying to gain a foothold in the Arabian Peninsula with the help of the Houthi rebels in Yemen.

Syrian Civil War has devastated the country for nine years as factions inside and outside fight for control. The estimated death toll is now estimated at 400,000, but in reality it could be much higher. According to the UN, 5.6 million people have left Syria since the beginning of hostilities.
President Bashar al-Assad appears to have won. Syrian government forces recaptured much of Syria with the support of its allies Russia and Iran, which helped tilt the balance of power in his favor. But large areas remain outside the control of the government, mainly in the north, near the border with Turkey.

The Mexican War on Drugs

In Mexico, they are referred to as “the missing.”
Nearly 80,000 people have gone missing since the war broke out between Mexico’s drug cartels. In 2020 alone, about 7,000 people disappeared, probably buried in a shallow, rough grave. Otherwise, there is a high probability that the missing are hidden in mass graves. Mexican authorities in November found at least 113 bodies in a gruesome mass grave in Jalisco state.
From 2006 to 2020, Jalisco was the site of the most exhumed mass grave of any state in Mexico. During this period, 897 bodies were exhumed in the state out of 6,900 bodies in the country.
In March 2017, a mass grave containing more than 250 human skulls was discovered in the state of Veracruz, central Mexico. Mexican drug cartels receive between $ 25 billion and $ 39 billion a year from drug sales in the United States.

The conflict between Armenia and Azerbaijan has erupted over the contested enclave of Nagorno-Karabakh. The controversy dates back to the collapse of the Soviet Union when Nagorno-Karabakh declared independence from Azerbaijan, sparking a violent conflict that ended in a shaky 1994 ceasefire. Armenia supported Nagorno-Karabakh, which established de facto independence, not recognized by most of the world. Although the region is located on the territory of Azerbaijan, it is inhabited and controlled by ethnic Armenians. In October, Azerbaijan accused Armenia of firing rockets at its second largest city, Ganja, which killed at least 13 civilians, including three children, and injured more than 50. At the time of publication, a fragile ceasefire had been concluded.