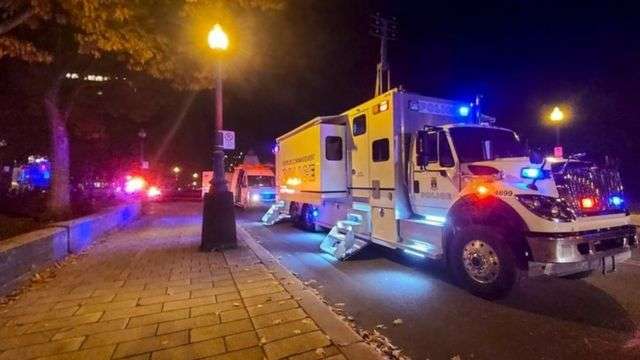 Police in the Canadian city of Quebec were stabbed Saturday night. The attacker killed 2 people. The man had to be dressed in medieval clothes.

According to The Guardian, the 20-year-old was arrested on Halloween night from October 31 to November 1 after carrying out several violent attacks in the historic city. During the raid, the police said they were looking for a man in medieval clothing. Residents were asked to stay at home. According to some media reports, the man did not attack with a knife, but with a “sharp sword.”

The suspect was detained near the Old Port. The arrest took place on Sunday shortly before. 1 am local time. After his arrest, he was taken to the hospital.

Police spokesman Etienne Doyon confirmed that the attack killed two people and injured five others. “On behalf of the Quebec police, I want to express my sincere condolences to the families and friends of those killed today,” Doyon said.

The investigation continues. The details of the police have not yet been disclosed. The police spokesman has not yet indicated the identity of the victims and did not reveal the motives of the attacker.