The F-35 is actually not ready yet. 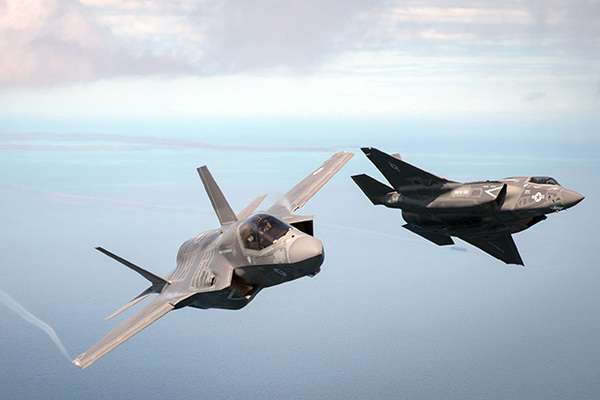 The F-35 Joint Strike Fighter, which is more than a decade and a half behind schedule, is facing another new delay before the Pentagon will allow the aircraft to go into series production. The US military wants the aircraft, which is currently being produced at a low rate, to undergo a series of computer simulation tests before it allows contractor Lockheed Martin to build as many aircraft as it wants.

Today, 20 years after the launch of the F-35 program and 500 aircraft delivered, an outside observer is forgiven for thinking that the F-35 is already in production. But that’s not entirely true: the plane is actually in low-temperature initial production (LRIP).

Under a system known as parallelism, Lockheed Martin and the US military have agreed to order smaller quantities of the aircraft while the design is still being finalized. Once the F-35 is deemed “finished,” the company – ideally – will go back and upgrade all old aircraft to the new standard. The idea was to get the planes into the hands of the pilots as early as possible.

The F-35 should go into series production now, a status that will allow the manufacturer to increase production and offer the aircraft at a lower price. Unfortunately, due to development issues, the aircraft was more than 6 years behind schedule, with the result that prices remained high and orders relatively low.

Now, according to Bloomberg, the Pentagon is postponing key tests before allowing full production. Tests using a simulator known as the Joint Simulation Environment (JSE) are being carried over from December 2020 to 2021.

The F-35 should perform well in JSE, a multi-cockpit network simulator designed to reproduce the most challenging threats an aircraft can face in combat. The US Navy deck at the JSE says that “a significant percentage of operational test points cannot be implemented in open ranges,” and “the nature of the capabilities of modern systems makes testing prohibitively expensive.”

The Pentagon should also try it out in simulator because it lacks actual replicas of the most advanced weapon systems that the F-35 might be forced to fight on the battlefield, such as the Russian S-400 air defense system and the Chinese Chengdu J-20 stealth fighter.

These weapons can be replicated in high-fidelity computer simulations, giving the military some insight into how the F-35 will stand up to the best Russia and China have to offer.

The JSE includes up to 14 interconnected simulated cockpits, each of which is an F-35 Joint Strike Fighter flying in realistic weather conditions, sun and moon conditions, as well as friendly and enemy aircraft, ships, submarines and ground units that bring the environment to life. It is also likely to be cheaper than actual test flights; 14 F-35s flying at $ 45,000 an hour will cost roughly $ 630,000 an hour.

Once tests similar to the JSE are completed, the Pentagon will authorize the F-35 for mass production. The US military plans to buy about 2,600 F-35s, while the UK, Japan, Denmark, the Netherlands, South Korea, Italy, Poland and Israel intend to buy hundreds more.