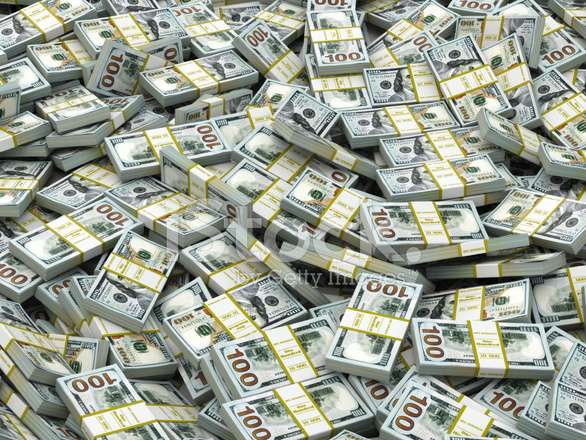 The Treasury says the $ 617 billion it needs for the fourth quarter is 35.9 percent more than the government borrowed in the third quarter.

The U.S. Treasury forecasts that it will need to borrow $ 617 billion in the last three months of 2020 as the government ramps up sales of Treasury securities to cover record budget deficits.

Treasury officials said Monday that market borrowing of $ 617 billion for the October-December quarter would increase 35.9 percent, compared with the $ 454 billion the government borrowed between July and September. But that will be well below the record $ 2.75 trillion borrowed from April to June.

The record amount of borrowing was reached after Congress passed a $ 3 trillion bailout action to provide $ 1,200 in benefits to individuals, support for small businesses and increase unemployment benefits by $ 600 a week.

The money helped the country avoid a deep depression after massive blackouts led to the loss of 22 million jobs.

The government’s estimate of $ 617 billion in borrowing for the current quarter is much lower than the $ 1.22 trillion it estimated it would take three months ago. This figure was essentially a substitute until Congress concluded negotiations for a new round of economic support.

But those talks are still pending, suggesting a sharp disagreement between Democrats and Republicans over how big the next bailout bill should be. It’s unclear if the law can still be passed after the elections, or if more support will wait until a new Congress is called in January.

On Monday, the Treasury estimated that government borrowing would rise to $ 1.13 trillion in the January-March quarter of next year, and that amount could be used to cover additional relief measures approved by Congress.

A sharp increase in government borrowing is needed to cover the huge deficit the government is currently experiencing as tax revenues fell during the pandemic and spending on aid programs soared.

The budget deficit for 2020, which ended September 1, was a record $ 3.1 trillion, more than double the previous record set in 2009, when the government spent heavily on fighting a deep recession following the 2008 financial crisis.