Vintage Cars: 10 Most Expensive Cars Ever Sold at Auction 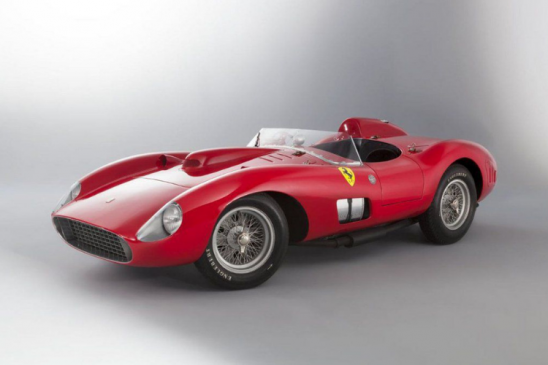 Vintage cars are awesome, but also very expensive. We have compiled a list of the most expensive cars sold at auction.

The prices are exorbitant and make these jewels into the realm of dreams of ordinary people. We all know how much the prices of vintage cars have risen in recent years, sometimes insane, but here we touch the highest peaks of a fabulous galaxy: a rarefied universe accessible only to the richest in the world.

The list is missing some cars (Bugatti and Ferrari) that were purchased but through private negotiations.

A survivor of the Sarthe trial, it boasts the historical, aesthetic and performance characteristics that brought it to the universe of gold collecting.

Sold by Gooding & Co for $ 22 million in August 2018, this remarkable car also had a legendary movie hero as its owner: Gary Cooper.

Its powerful eight-cylinder engine develops a maximum power of 400 hp, which was quite unusual at the time. The selling price makes it the most expensive American car in history.

Sold by RM Sotheby’s for $ 22.55 million in August 2017, this car epitomizes the sporting spirit of the British brand. This is the first of five examples of the model built by the House of Gaidon. This car was driven by racers like Roy Salvadori, Stirling Moss, Jack Brabham and Carroll Shelby. To his credit, the success of the 1000 km Nurburgring in 1959.

Sold by RM Auctions in August 2014 for $ 26.4 million, it belongs to a series of three “Competizione models” specially prepared for competitive sports. The auction includes a lot with frame 06701, which boasts a fully documented history that, coupled with the emotions conveyed by the car, will delight the wealthy buyer.

Sold by RM Auctions for $ 27.5 million in August 2013, it only had one new owner before changing hands at auction when it was offered. Its frame is numbered 10709, which distinguishes one of 10 built by NART Spider. The lot’s rarity and history contributed to the high auction price.

Sold by RM Sotheby’s for $ 28,050,000 in December 2015, he has a solid career under his belt. The antique car, designated chassis number 0626, has a documented history and raced the 1956 Mille Miglia under the control of the great Juan Manuel Fangio. This vintage car finished fourth overall.

Sold by Bonhams for $ 29.6 million in July 2013, it was built in just 14 examples, of which only 10 survive. Of these, 9 belong to the Stuttgart House, in which they are housed in their exhibition and museum premises. Sold at auction with 006/54 frame – the only piece in the hands of private collectors.

Artcurial sold for 35 711 359 dollars in February 2016, it was headed by the famous car names. This model, chassis number 0674, was led by pilots of the caliber of Peter Collins and Maurice Trintignant, driving it in the 1957 12 Hours of Sebring. Wolfgang von Trips drove the Mille Miglia and Mike Hawthorne drove the 24 Hours of Le Mans.

It has chassis number 3851 GT and has been in the same family for almost 40 years. In addition, this contributed to the high price of the award, motivated primarily by the history of the model and its rarity, which makes it difficult to find a seller in the market.

The most expensive vintage car sold at auction is the Ferrari 250 GTO for $ 48,405,000 in August 2018. He became the center of a scuffle over a purchase at an auction in Monterey, California.

This gorgeous, completely original creature has frame number 3413 GT. It belongs to the first series of Maranello’s most iconic jewelery. Successfully used in the race, the 250 GTO in question became a collector’s item after a brilliant sporting experience. Today it is the joy of the wealthy enthusiast who can take advantage of the presence in the garage of an absolute masterpiece.