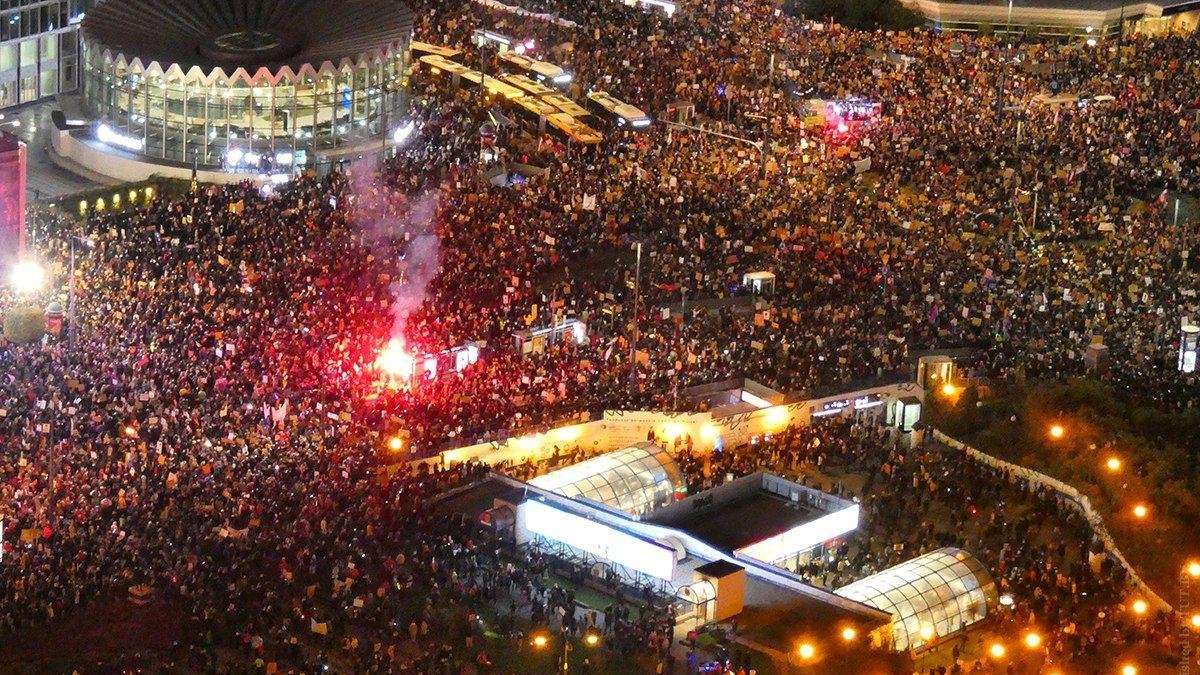 Krakow was gripped by protests of people outraged by the decision of the Constitutional Court to toughen the rules of abortion. Demonstrations on city streets have been taking place since October 22, when the Constitutional Tribunal ruled to interfere with the abortion law. In recent days, demonstrations have taken place in the main square and at the Metropolitan Curia, as well as marches along the streets of Krakow. Car protests were also organized.

Protest actions “Women’s Strike” in response to the verdict of the Constitutional Tribunal have been taking place across the country for more than a week. It’s the same in Krakow, where thousands of people manifest themselves every day.

In the capital of Lesser Poland, protesters mostly gather in the Main Square.

Since Monday, the protests have come in a new form. There were horns all over the city. The manifestation took the form of a car and bicycle trip.

A grand demonstration took place in the capital on Friday. They were also shown on the streets of many other cities, including throughout Lesser Poland. An automobile protest action took place in Krakow (the participants drove slowly through the city). At the same time, two demonstrations passed through the capital of Malopolska – a quiet protest of students and a “louder” march from the town hall tower to the curia. The highlight was the demonstration on the Main Square.